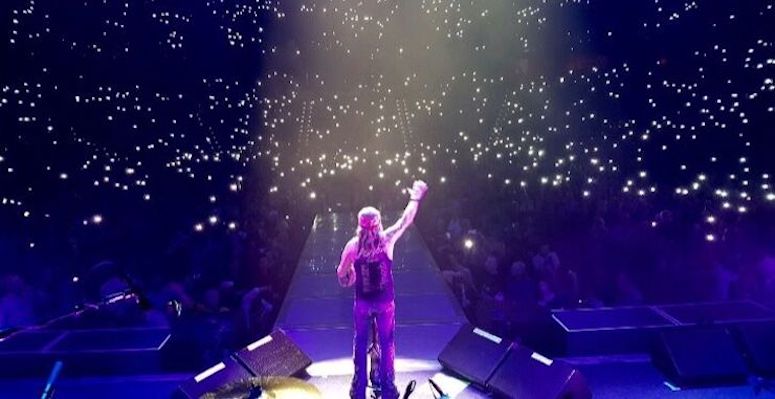 Bret Michaels is a multi-platinum global superstar who has turned his passion for music into a multi-faceted brand. With a legendary career that encompasses record-breaking touring sales, Reality TV stardom, charttopping songs that have sold over 50 million records, product endorsements as well as a dedication to philanthropy, Bret is supported and followed by three generations of loyal fan

Born in the small town of Butler, Pennsylvania on March 15, 1963, Bret first rose to fame as the front man of Poison, helping to define the rock-n-roll scene on the Sunset Strip. One of rock’s most iconic and enduring bands, Poison’s massive success includes selling over 50 million records worldwide and numerous hit singles.

Equally as successful as a solo artist, Bret Michaels’ career has charted its own course with multiple solo albums. His album, Custom Built, topped the charts, reaching #1 on Billboard's Hard Rock list. His CD, Jammin' With Friends, featured a myriad of legendary artists, who just happen to be great friends of Bret's. The album's roster of contributors is a who’s-who list including Joe Perry (Aerosmith), Loretta Lynn, Jimmy Buffett, Ace Frehley (Kiss), Michael Anthony (Van Halen) and members of Lynyrd Skynyrd, to name a few.

His talent, business acumen and natural candor have solidified him as "a cultural touchdown" in the words of former Viacom CEO Judy McGrath, making him one of the most sought- after performers, interviews and speakers across multiple platforms and keeping him on the road for each of the last 10 years, for nearly 300 live performances, speaking engagements, charitable concerts and private engagements yearly. Michaels recently embarked on his worldwide 2019 Unbroken Tour, which will continue throughout the year.

Michaels’ latest single and video, “Unbroken”—which he cowrote and recorded with his youngest daughter, Jorja Bleu— was released on March 15, 2019.

When this multi-talented performer is not touring he can be found both in front of and behind the camera as a director, producer and a reality TV superstar. His first foray into reality TV brought the recordbreaking Rock of Love with Bret Michaels franchise to VH1, one of the most successful shows in the network's history, shattering weekly rating records during its run. Following three successful seasons of the show, he teamed up with VH1 for the docu-series Life As I Know It setting even more records. Bret has also starred in and won the NBC hit, Celebrity Apprentice. Coming into the show as the underdog, his tenacity and business sense helped him win the series, raising well over $300,000 for Diabetes research and making him the only celebrity to have a product they created be available to the general public and actually become an endorsement deal. Michaels most recent television endeavor, Rock My RV with Bret Michaels, on Travel Channel, saw Michaels and his team revamping and redesigning dilapidated RV's in true rock star form and style. Bret has two new TV series in the works throughout 2019 as well.

Bret's constant creativity and drive has helped the global entrepreneur build his Michaels Entertainment Group in to a one-man, 100-million-dollar empire. Whether it is creating the Pet's Rock Collection for the retail giant PetSmart, partnering with Dean Guitars and designing his first ever signature Bret Michaels' series guitar, launching his number one selling Diet Trop-A-Rocka with Snapple, or creating his own Digital Greetings (which he pioneered in 2012), Michaels loves bringing big picture projects to life and is always producing something new.

Michaels, personally and through his Life Rocks Foundation has helped raise tens of millions of dollars for charity and makes donations to not only diabetes awareness and research but to such causes as childhood cancer, wounded warriors, St. Jude Children's Hospital, PetSmart Charities and more. Having been diagnosed with Type I diabetes at the age of six, Bret is passionately devoted to raise awareness of the disease in hopes of finding a cure. He has partnered with both the American Diabetes Association and the JDRF acting as a spokesperson and sponsor, earning him numerous awards from a variety of organizations including the ADA's first ever Chairman’s Citation award.