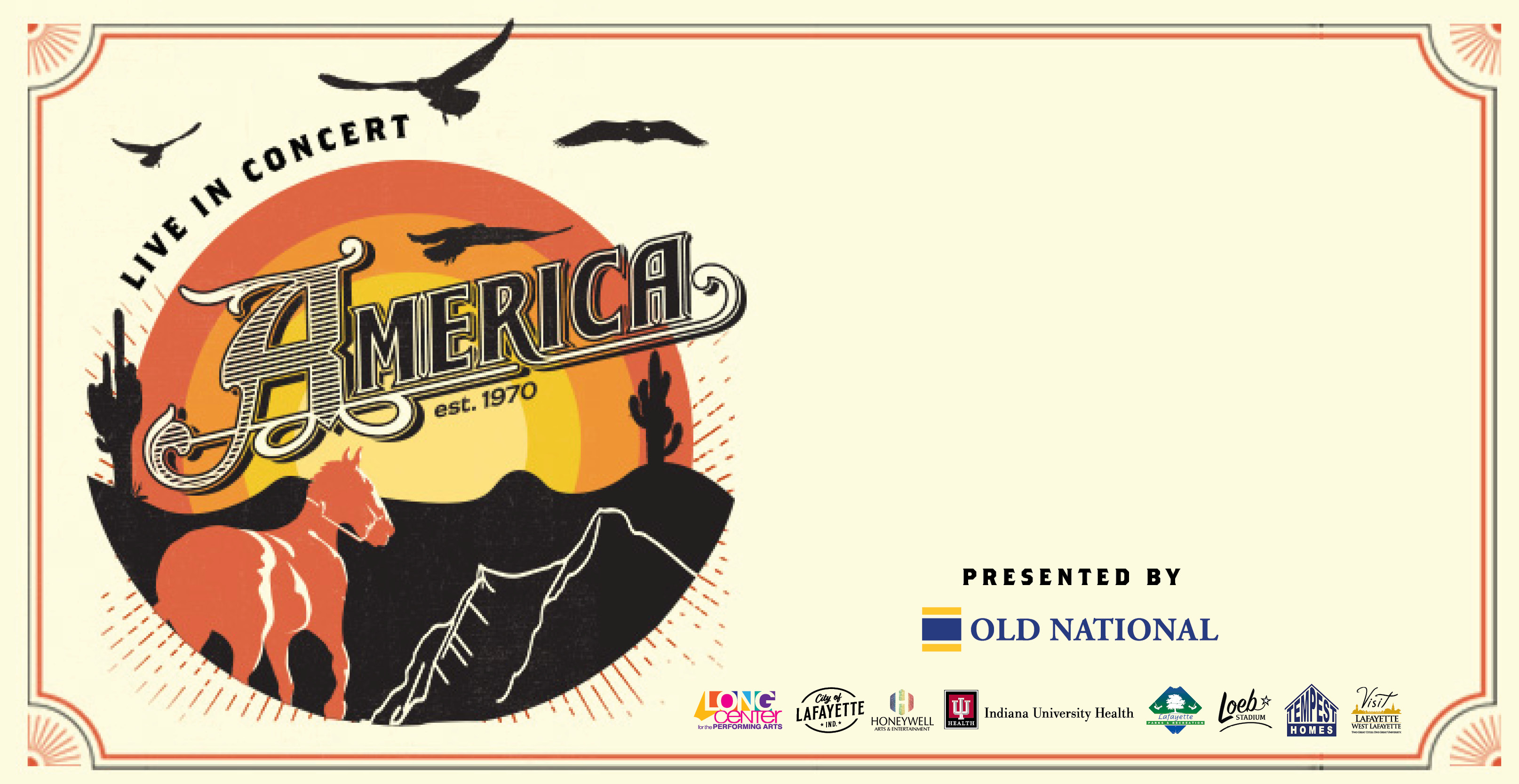 Loeb Stadium is a cashless venue. Credit or debit card only for beer and concession sales.

Loeb Stadium has limited seating for two and four person tables in the beer garden and on the concourse level and Suite 205-Indoor!
Buy the whole table or share with another party.

Venue is an outdoor stadium, and the event is rain or shine. 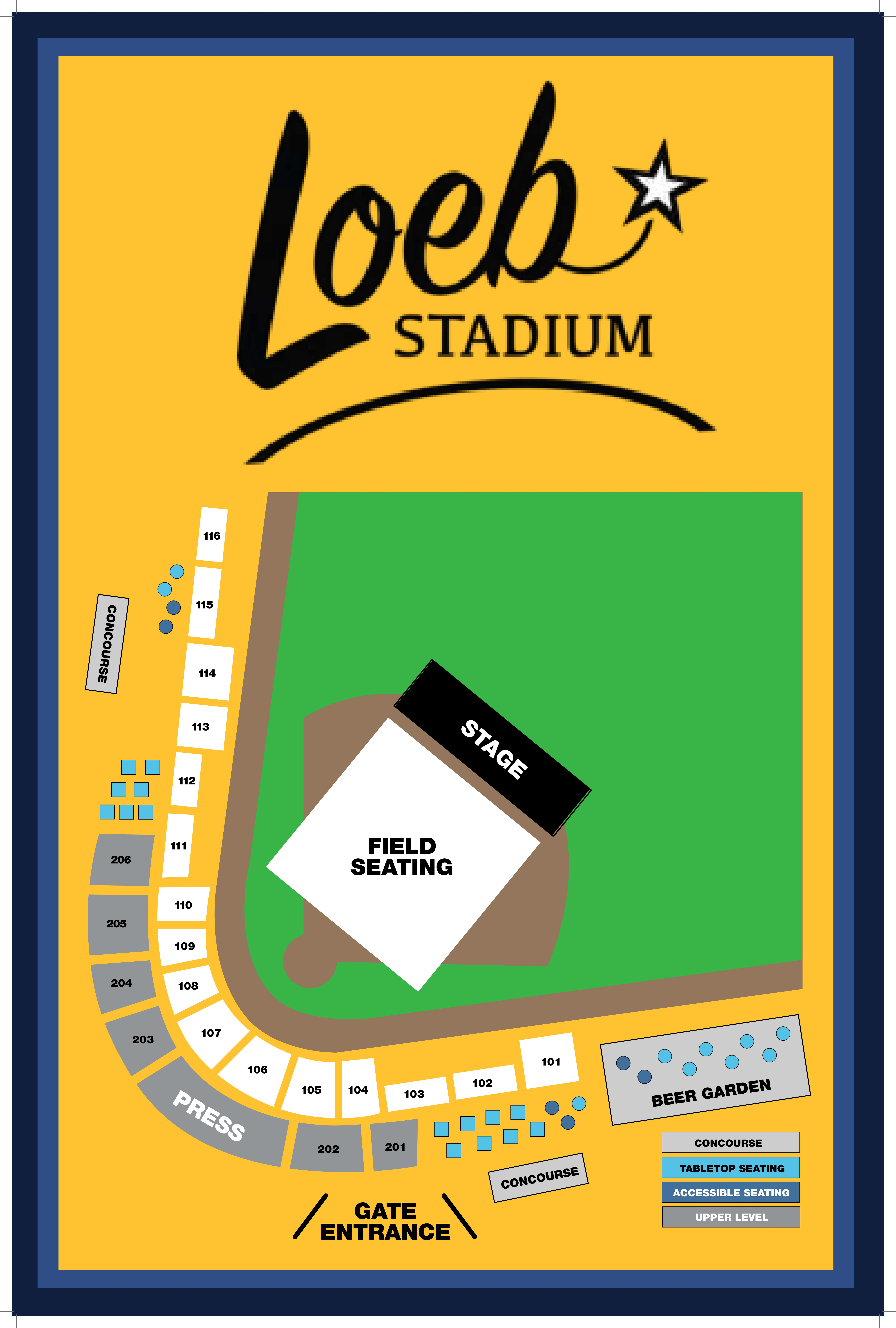 America, the perennial classic-rock favorite, is continuing to celebrate its 50th Anniversary with their powerful performances. Founding members, Gerry Beckley and Dewey Bunnell (along with former band mate, the late Dan Peek) met in high school in London in the late 1960s and quickly harmonized their way to the top of the charts on the strength of their signature song "A Horse With No Name."  America became a global household name and paved the way with an impressive string of hits following the success of their first #1 single. Forty plus years later, these friends are still making music together, touring the world and thrilling audiences with their timeless sound. 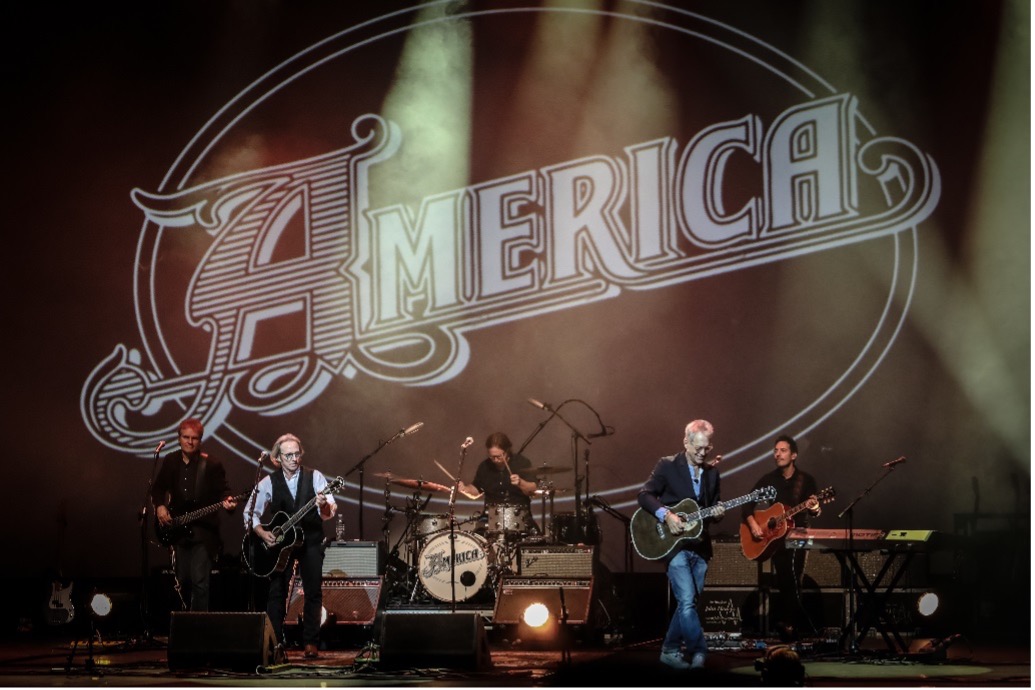 America's journey has found them exploring a wide variety of musical terrain. Their best-known tunes, which also include "I Need You," "Ventura Highway," "Don't Cross The River," "Tin Man," "Lonely People," and "Sister Golden Hair" were cornerstones of 1970's Top 40 and FM rock radio. Yet beyond their impressive catalog of hits, listeners would discover there was always much more to America than surface perceptions. The combination of Gerry Beckley's melodic pop rock and Dewey Bunnell's use of folk-jazz elements, slinky Latin-leaning rhythms and impressionistic lyric imagery contrasted well with Dan Peek's more traditional country-rock leanings and highly personal lyrics.

Enjoying massive success early in their career, America earned their stripes as musical soldiers on the battlefield amidst the excess, craziness and chaos of the 70's. The trio won the Grammy for Best New Artist in 1972 and began working with George Martin and Geoff Emerick in 1974. This successful team went on to record seven albums and several Top Ten hits, including "Tin Man," "Sister Golden Hair" and "Lonely People."

In 2020, the band released their ultimate 8-disc anniversary box set, Half Century (America Records), and streamed their concert special America--Live at the London Palladium for the very first time (it is commercially available as a DVD and CD).  2020 also saw the release of the book America, the Band, An Authorized Biography by journalist Jude Warne. She weaves original interviews with Beckley, Bunnell, and many others into a dynamic cultural history of America, the band, and America, the nation. Billy Bob Thornton wrote the foreword. 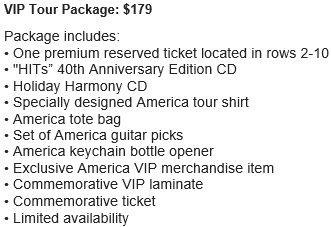 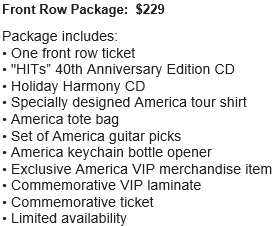 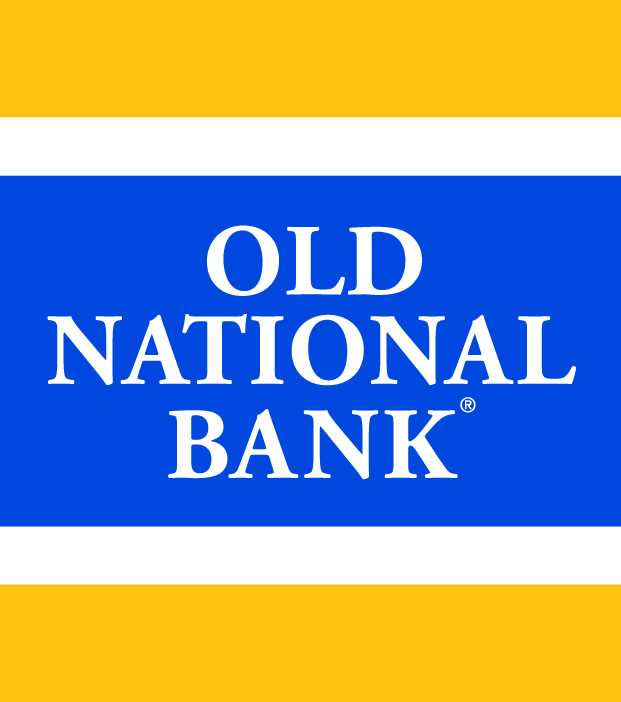 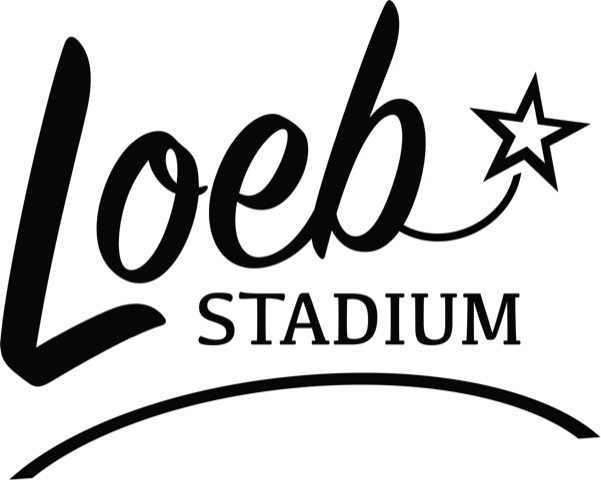 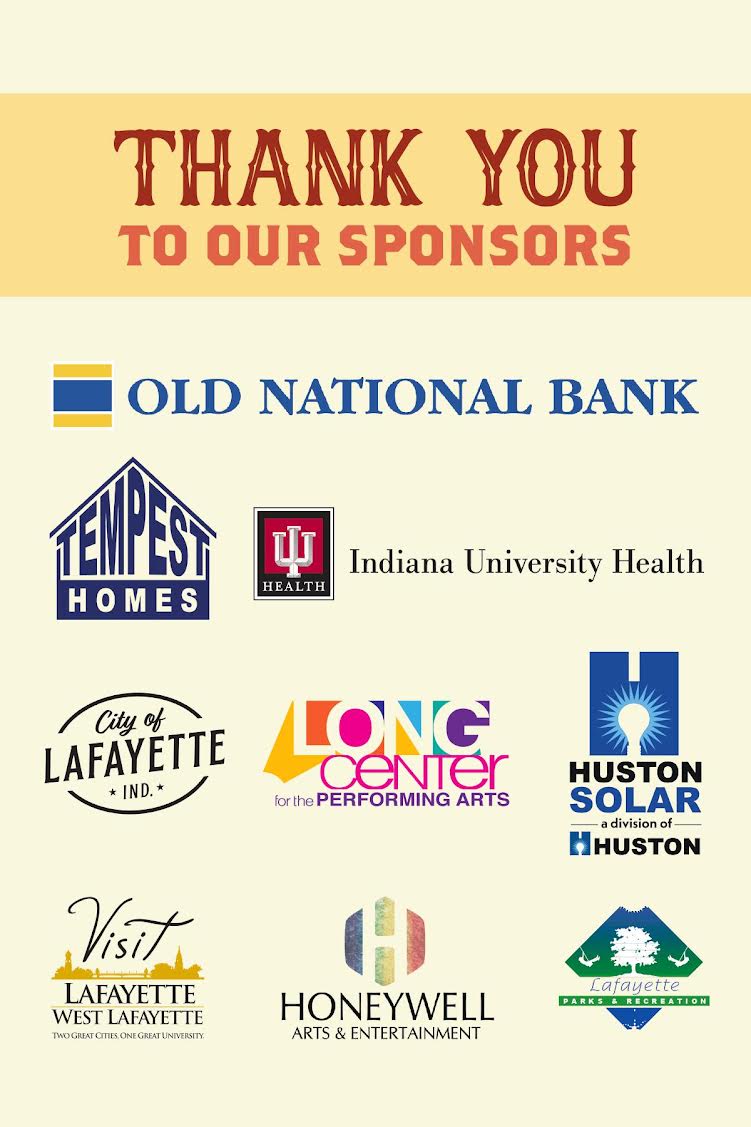